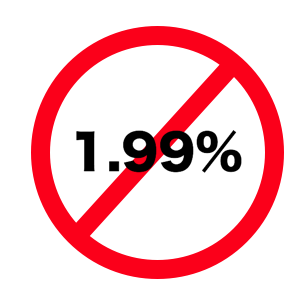 For now, the days of sub-2% everyday mortgage rates are officially over. Wednesday morning’s slightly surprising 1/4-point Bank of Canada hike was the nail in that coffin.

The ensuing 1/4-point bump in prime rate will push all remaining mortgage rates above the psychologically key 2% threshold.

By next week, the lowest rates should jump roughly as follows:

If you’re trying to strategize on your mortgage given today’s hike, below are some tidbits to remember: