As usual, the Critic in Chief was less than impressed:

Jay Powell and the Federal Reserve Fail Again. No “guts,” no sense, no vision! A terrible communicator!

While Powell may shrug off the POTUS’s bully tactics, today’s cut makes things more interesting for the Bank of Canada. 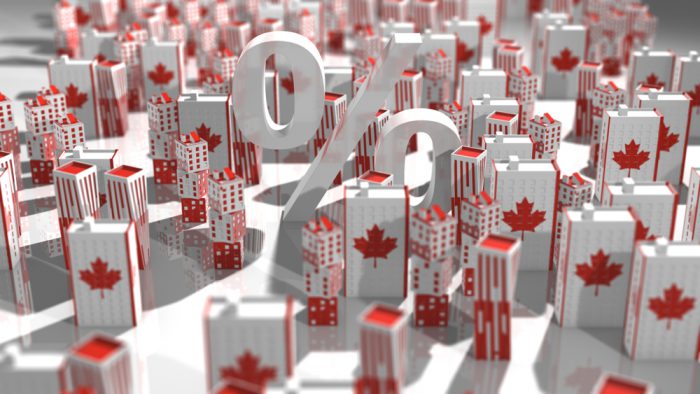 The labour market is still perky and household spending is picking up, said Powell.

For those reasons, despite below-target inflation, weakening exports and slowing business investment, Fed officials have no more rate cuts in their crystal ball this year.

We don’t have a bias anymore, said Fed boss Jerome Powell in a Q&A period after today’s announcement. “We don’t see a recession,” attributing yield curve inversion to small-term premiums and negative rates overseas. “Our long rates are very definitely being pulled down by low rates abroad.”

As for the Bank of Canada, it remains very much on the sidelines. Albeit, if the Fed cuts again the BoC may have to re-evaluate its position.

Canada’s all-important 5-year bond yield, which parses the impact of all known factors on Canadian rates, was barely changed after the Fed cut. Hence, the market doesn’t imply that today’s Fed cut will be overly impactful for Canadian mortgage pricing.

Some of the lowest fixed mortgage rates have risen 5-15 bps in the last week. That follows this month’s 35-bps explosion in yields.