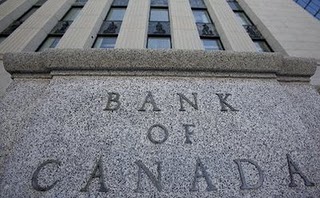 Here’s the latest on today’s Bank of Canada rate announcement:

The Spy’s Take: The BoC is clearly inclined to lift rates at least once or twice more this year. It’ll then sit back and monitor the data—like the rest of us—for guidance on whether higher rates remain warranted.

The Term to Beat: Remains variable. We’re not convinced inflation is fully contained, but with a 1.00+ percentage point discount from the best 5-year fixed rates, variables are worth the gamble (assuming you meet the standard variable vs. fixed mortgage criteria).

Fixed Rate Outlook: Bond yields fell out of bed yesterday. On a one-week basis, they’re down the most since the oil crash of January 2015. That is bearish for fixed rates, so expect better fixed pricing this week. Fixed rates won’t reach new heights until the 5-year yield exceeds 2.35%, which is now more than a quarter point above us.

Should You Lock In?