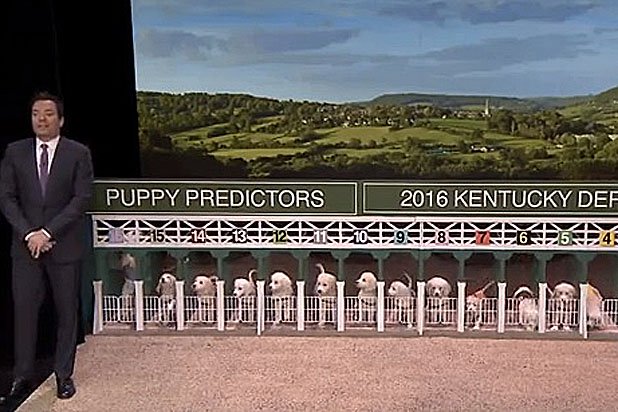 If Jimmy Fallon’s “puppy predictors” ever start forecasting interest rates, some economists could be out of work.

These four-legged furballs may very well have just as much forecasting ability as your typical Bay Street analyst.

To “prove” it, we use 20/20 hindsight to our advantage (and economists’ disadvantage). Taking a trip back to 2015 shows just how reliable economic forecasts can be.

If you recall, 2015 was a year that featured two quarter-point rate cuts—one in January and another in July.

January 2015 was therefore an ill-timed period for headlines like these:

“Bad news for borrowers: The economy could improve this year” (January 2015; Globe).

Surely expert analysts could do better than these off-the-mark journalists.

☓  Mark Chandler, RBC, April 2015: “For the July meeting…Our own forecast calls for the Bank to remain on hold and begin removing accommodation around this time next year.”

☓  Avery Shenfeld, CIBC Economics, April 2015:  “We’ll still [stick] to our call that there will not be a second rate cut this year … All told, the signals lean towards watchful waiting, not further cutting.”

☓  Douglas Porter, BMO chief economist, April 2015:  “At this point, we are looking for average growth of just a bit better than 2% in that spell, which would likely be just enough to keep the BoC on hold.”

☓  Derek Hold, VP Scotiabank Economics, June 2015:  “Another rate cut at this juncture would do more damage than good over time. Our forecast remains no change in the BOC’s overnight policy rate over the duration of this year and all of next (year),” he said.

Of course, not all forecasts were total flubs.

✔ Douglas Porter, chief economist at BMO Capital Markets, June 2015: “I would think that based on everything that has happened in the last little while, I give it slightly better odds that they’ll cut…”

Even last year’s first rate hike wasn’t widely expected until well after the central bank began dropping hints about its hawkish bias. Look at late 2016, for example. At the time, most economists didn’t project higher interest rates in 2017. “The consensus…doesn’t have the Bank of Canada hiking interest rates until 2018,” Porter told the Globe and Mail In 2016.

For what it’s worth (and it’s not worth much as you can see), markets are fully pricing in a second rate hike by the end of this year.

But don’t depend on the fickle markets for rate predictions when a cuddly, cute puppy predictor provides similar accuracy.