The Fed: Half-Blind Leading the Blind

Summer Fed hikes are dead. But not before the economy was misread, leaving many borrowers mislead — wishing the Fed left its rate-hike calls unsaid. 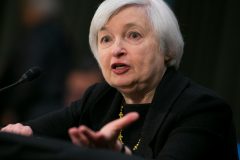 The U.S. Federal Reserve is having trouble seeing through the economic mist and, as this little ditty conveys, it’s confusing the heck out of borrowers.

Amid its ongoing rate-hike forecasts comes last Friday’s U.S. jobs number, the ghastliest in five years. Traders now wonder if the Fed has any true inkling of when it’ll hike rates next.

Yet still, the U.S. central bank seems determined to buck the global trend of monetary easing. Since the start of last year alone, 50+ nations have cut interest rates. Team Yellen has done the opposite.

She and her hawkish cohorts want us to believe that America can outpace world growth and inflation, and is deserving of higher rates. But markets don’t buy it. There’s a reason U.S. (and Canadian) benchmark yields are flirting with historic lows. Traders now believe the Fed will postpone rate hikes for months, if not far longer.

So, despite the Yanks’ influence over Canadian rates, Fed double-speak can probably be tuned out for a while. At the moment it’s just a lot of static.

As regular readers know, government bond yields are typically the #1 influence on fixed mortgage rates. And you’ll want to keep an eye on the five-year yield in particular. With more appalling econ data (à la last week’s jobs number and trade number) it could sink to new depths and bring fixed rates with it. 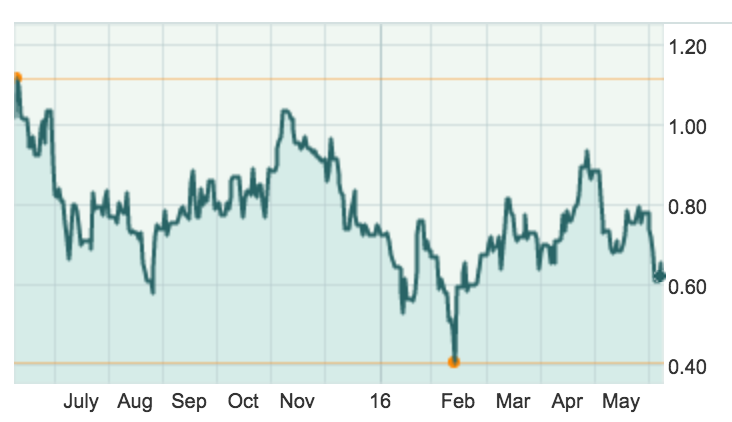 Not coincidentally, odds of a Bank of Canada rate cut are also increasing. Albeit, few expect chief Stephen Poloz to act until he sees whether our tax dollars (Liberal stimulus) can prop up sagging growth.

By the way, if you’re looking for an early warning signal of meaningful fixed-rate increases, the closest thing is the 5-year bond yield. The magic number is 1.10%-ish. Until it closes above that, the mortgage rate downtrend remains intact.

Predicting long-term GDP is like predicting average hurricane intensity. Over a decade-long span, your forecasts will probably be in the ballpark. But in any given year you can get that 100-year storm that blows your roof off.

Mortgagors shouldn’t (can’t) base their strategy on expectations for the next year. You’ve got to think long term. Someday, rates will make convincing new highs and panic thousands of variable-rate borrowers. But even when that happens, Canada’s long-run prospects won’t warrant perpetual rate hikes.

World economic agencies like the OECD and IMF peg Canada’s GDP growth near a modest 2% for decades to come. Assuming they’re even roughly accurate OR overestimating, Canadian inflation should top out around 3%, short-term blips aside. Looking back at history, GDP growth of two points or less has rarely led to more.

Fortunately, the BoC won’t have to keep its overnight rate high if inflation stays under 3% (specifically if it stays close to 2%, which is in keeping with 2% growth). That, in turn, suggests that hikes to prime rate will be moderate when inflation pushes the upper limits next. And that is why shorter terms and variables are likely to continue outperforming over the long run, just as they have for the better part of history. 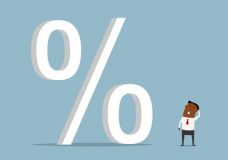 Occasionally one must snicker when mortgage providers quote interest rates in the news. This week we read an article where a prominent broker was quoting 5-year fixed rates from 2.39% to 2.59%. That’s odd because last time we checked, rates on the net start in the two-twos, not the two-threes. Either this commentator doesn’t frequent rate comparison sites or he’d just as soon ignore them.

The fact is, traditional brokers and lenders never quote the whole market. That’s not to say the rates they sell are all bad. Sometimes it’s just a matter of paying more for better service or advice, which is fine. But when mortgage “professionals” omit a whole segment of the rate market (deep discount online lenders and brokers), it’s a smidgen self-serving — akin to Veuve Clicquot claiming champagne starts at $50 a bottle. I’ve been to enough cheap New Year’s parties to know it doesn’t.

In any case, 44% of online mortgage shoppers now use rate comparison sites, says CMHC. Just a few years back, Mortgage Professionals Canada said it was 16%. That growth is to be expected, given that comparison shoppers pay less than half the markup on mortgages (source: Bank of Canada). In due time these realities will make it impossible for industry-folk to hide deep discount rates (and rate sites) from the public.