The Stealth Hike in Variable Rates 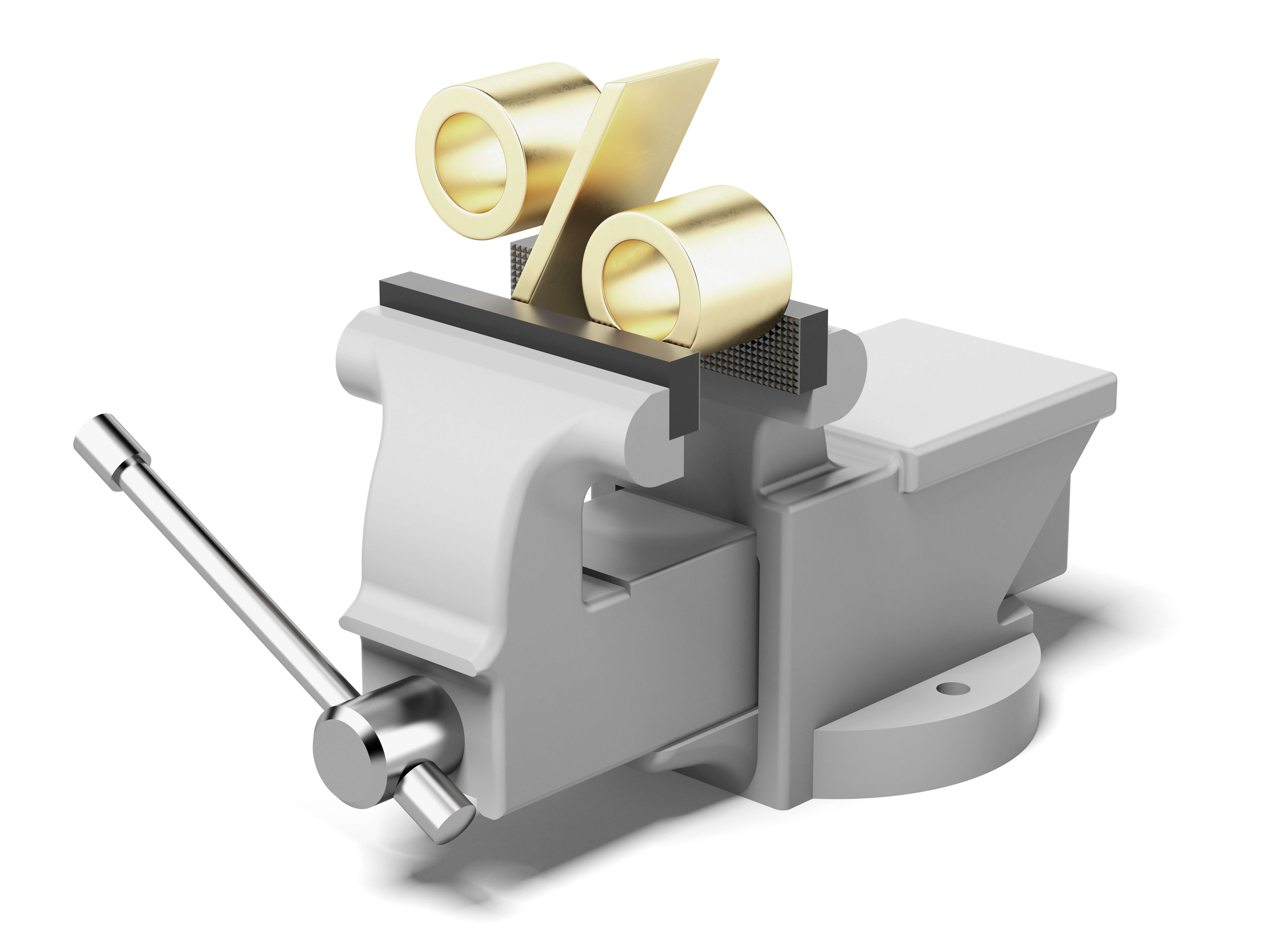 The most unexpected trend in the mortgage rate world of late has been the squeezing of variable-rate discounts.

The Spy warned of diminishing variable-rate discounts last month. Since that time, they’ve shrunk 20 basis points on the most competitive uninsured variables, costing new borrowers over $2,300 more interest over five years on a typical $250,000 mortgage.

On the insured side, the discount is down 8 bps. That smaller impact is because there’s more competition for insured loans.

The jump in variable pricing caught most by surprise and the reason is simple. Unlike fixed rates that primarily follow bond yields, variable rates are different. Apart from the obvious—Bank of Canada overnight rate changes—variable pricing is impacted by other, more obscure factors, like moves in bankers’ acceptance yields and shifts in credit spreads.

Those other factors are harder to track (unless you’re a market professional with a Bloomberg terminal or equivalent). There just aren’t many indicators that can forewarn the average Joe about shrinking VRM discounts. That’s why the ones we’ve witnessed over the last two months have been a surprise to most. 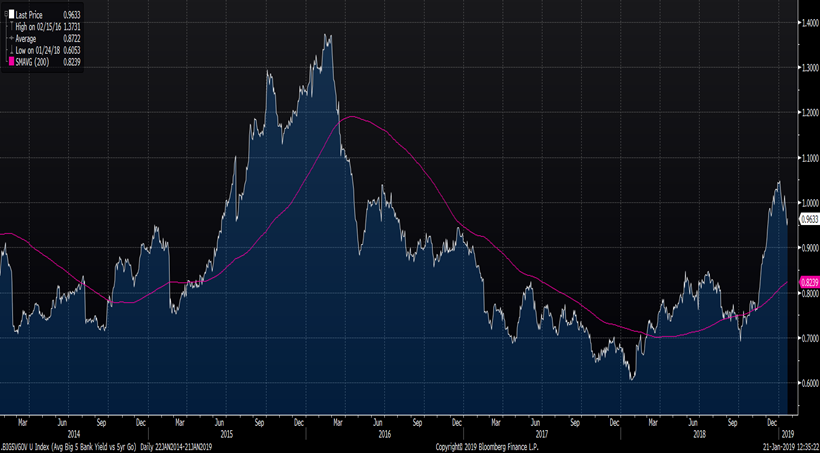 Big banks are the #1 funders of variable-rate mortgages in this country. When it starts costing them materially more to raise capital relative to the government, the banks pass that along to mortgage borrowers.

In fact, this chart below shows (to the extent we have data on it) how these two elements tend to track each other. 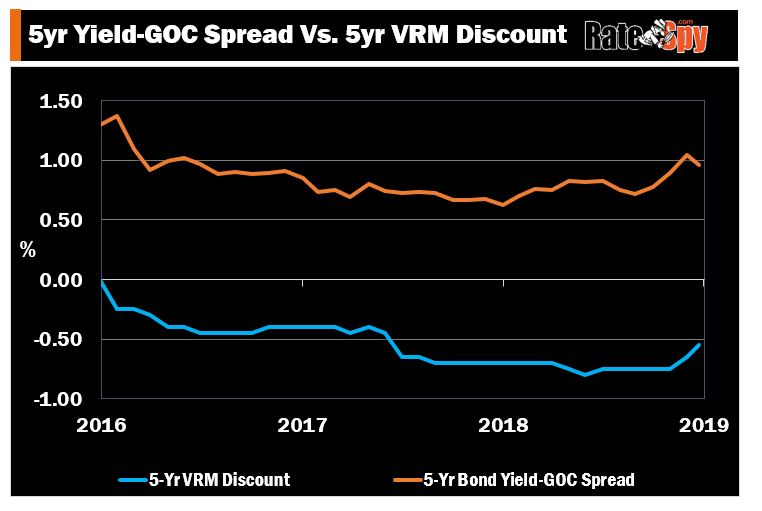 Most likely, variable-rate discounts won’t get terribly worse in the near-term. It would probably take more stress in the economy and financial markets for that to happen.

But if things start to unravel again in Canadian and global markets, there’s a good chance we’ll see a resumption in the deterioration of discounts.

For now, the best 5-year variable rates are holding steady at approximately:

* Effective rate including cash back.