At long last a Big 6 bank has cut its advertised 5-year fixed rate.

It only took a month and a half after five-year bond yields fell enough to warrant a rate cut. (Bond yields typically guide fixed-rate pricing.)

Expect other big banks to follow suit soon and shave some of their advertised fixed rates. In fact, some of them already have but only internally (i.e., by slightly lowering the non-public minimum “floor rates” that their mortgage reps can sell at).

The bank herd should now settle somewhere around 3.64% in coming days on 5-year fixed discretionary rates. 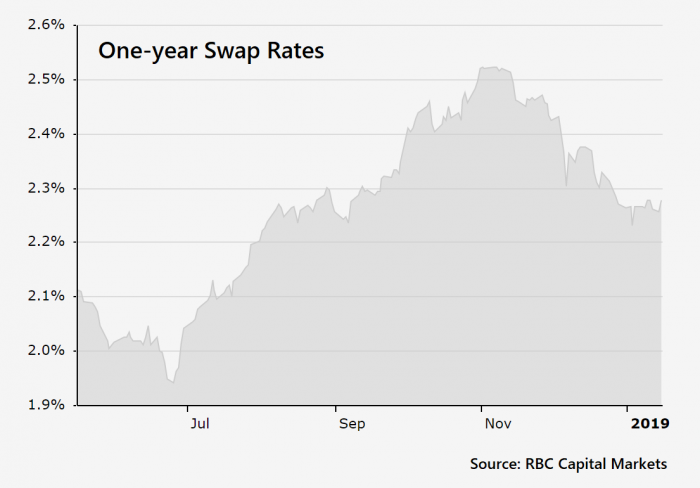 Borrowers have been cursing the banks for weeks, waiting for one of them to pass through their lower funding costs to consumers. But bank competitors, like MCAP/RMG, XMC Mortgage, First National, Vancity and other credit unions, haven’t made borrowers wait. They cut rates weeks ago in some cases.

So far, it’s been mostly 5-year fixed rates that have dropped. Short-term fixed rates have remained stubbornly high, despite falling 1- and 2-year money market rates (as shown in this chart). That’s left 5-year terms, and perhaps the 3-year as well, as the only reasonably priced mortgage terms in Canada.

RBC’s 5-fixed rate drop wasn’t the only big move Canada’s #1 lender made today. It also jacked up its variable rates a hefty 25 bps. 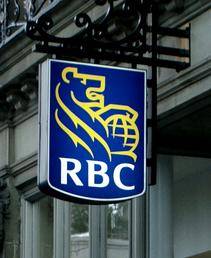 The bank’s 5-year variable leapt from 3.30% to 3.55% this morning, which will come as a surprise to most people. People expect variable rates to rise only when the Bank of Canada hikes rates. But that’s not always the way it works.

In this case, the bank cut its discount to prime rate, as opposed to raising its prime rate. So this only affects new variable-rate borrowers, not RBC’s existing customers.

This size of move, in one single shot, is somewhat rare. The bank is clearly making a statement about where it sees the trend in variable pricing.

We won’t reiterate for the umpteenth time why variable-rate discounts are dwindling, but click that link if you’re interested in the backstory. It’s also worth noting that RBC’s move comes after its CEO recently pledged to “do better” on its domestic mortgage margins.

Based on typical big bank 5-year rates, the fixed-variable spread has now plunged from 104 bps in November to just 35 bps today. That’s going to make a whole lot more people question the attractiveness of variables. And that plays right into lenders’ hands as 5-year fixed rates are now materially more profitable for big banks given current funding costs and projected forward rates.