Next Stop for Rates is “Neutral,” Says Poloz

“[Canada’s] policy rate will need to rise to neutral to achieve our inflation target.” 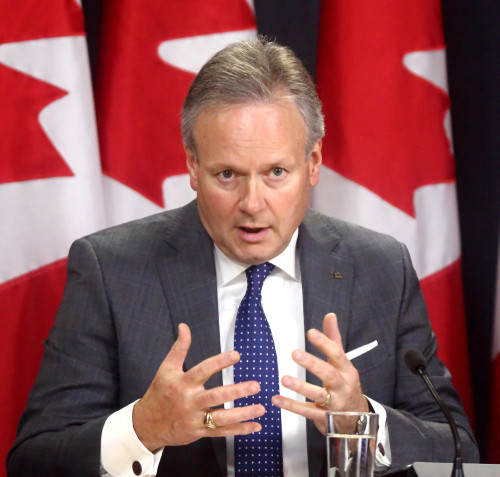 That was the headline-making quote yesterday from Bank of Canada boss Stephen Poloz.

Speaking in front of the parliamentary finance committee, he repeated what the BoC’s been saying for over a year: “Our estimate of neutral is in a range—currently 2 ½ to 3 ½ per cent. ”

“It shouldn’t be a hard thing for people to service their debt at those kinds of interest rates,” he ventured. “But if people have overextended themselves, given the low interest rates, then we’ve got a transition issue.”

With roughly 1 in 7 mortgagors being “highly leveraged” (our estimate based on BoC data), that “transition issue” could weigh on consumer spending, GDP and inflation. This, in turn, should somewhat limit how high rates can go.

The Cost to Borrowers

If you’ve got a mortgage, Poloz’s words mean this:

One interesting aside: Ben Tal, probably Canada’s most quoted economist or close to it, told BNN that 3% is too high for “neutral.” Consumer credit is growing at the slowest pace in any non-recessionary period in the past 50 years, he said. “You don’t need to tell Canadians not to borrow. They are not borrowing.”

Should this degree of rate tightening worry anyone? Yes, but only the most leveraged among us where every extra dollar of added interest burden is financed with either more debt or liquidation of assets. 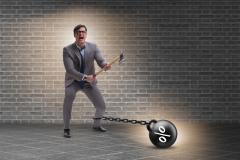 Speaking of leverage, Senator Pamela Wallin questioned the BoC’s assertion that B-20 is creating “better quality debt.” She noted that “the counter to that” is that borrowers shut out by government policy are “paying increased rates [elsewhere], which is not going to deal with their indebtedness.”

Carolyn Wilkins, Senior Deputy Governor at the BoC, sidestepped the comment about B-20 not resolving indebtedness (an important question that policymakers tend to dodge because there’s no easy answer). She replied by repeating that the share of borrowers who are highly indebted has dropped by roughly half (for insured mortgages at regulated lenders). Curiously, she claimed that private lending has “declined,” a claim contradicted by other data sources suggesting rapid growth in private lending.

She said that B-20’s limiting of refinance and home purchase options is “something to keep an eye on,” but it’s not a “major financial stability” issue.

It would have been enlightening to hear her view on whether the economic benefit of pushing more-indebted borrowers to non-federally regulated lenders offsets the economic risk those borrowers may soon pose. Somebody at the federal level should answer this question so people can be sure they didn’t overlook it.

Sidebar: One other notable from the BoC’s testimony yesterday: