Remember the days of:

Well, times change. And so has the pressure on banks to grow earnings each quarter.

Falling rates and a flattening yield curve have squeezed bank profitability, leading them to resort to unconventional earnings tactics. One of those tactics is a major annoyance to variable-rate fans everywhere: banks pocketing a portion of Bank of Canada rate cuts.

When it All Started

Way back when (in the 1990s and early 2000s) the spread between prime rate and the BoC’s overnight rate used to fluctuate around 1.75 percentage points. It did that for a decade and a half. 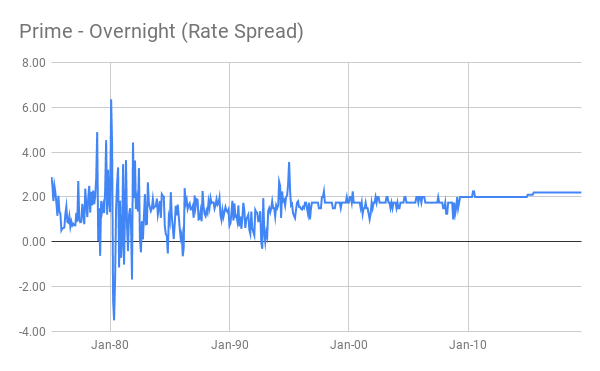 Then came the Financial Crisis, where things changed for the worse (for borrowers). Prime rate creeped up, rising to 2.00 percentage points above the Bank of Canada’s overnight rate.

Then, in 2015, it happened again. With the Bank of Canada cutting rates twice by 25 bps (50 bps total), banks dropped prime rate only 30 bps, keeping 20 for their troubles. As a result, the benchmark prime rate spread climbed to a two-decade high of 2.20 percentage points above the overnight rate. That’s where we stand today.

Will Banks Do It Again?

If our unscientific Twitter poll is right, they will.

Three out of four respondents have little faith that banks will convey the next BoC easing in full to consumers.

What is the probability that Canada’s big banks pass along the next Bank of Canada rate cut in full when lowering their prime rate?

And, banks argue that we shouldn’t blame them.

Banks make money-making seem easy. But in fairness, it’s harder than ever. And trust us, we’re not playing violins or shedding tears on their behalf. It’s just a fact. And folks have to acknowledge that so they can strategize accordingly.

If we’re lucky, Canada’s Big 6 may lower prime rate in line with the BoC’s next cut. But for the reasons above, they may not.

One thing’s for certain, however. The more our central bank eases rates, the more likely big banks will “pilfer” some of the spread (i.e., not lower prime rate in parallel with the BoC). 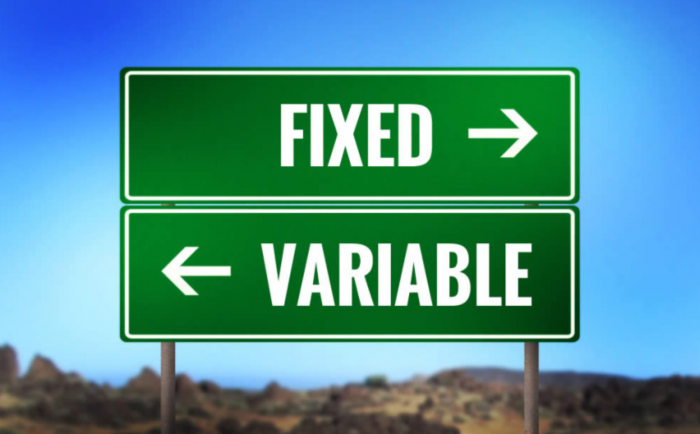 That question is increasingly on the minds of Canadian mortgage shoppers.

And it’s a hard one to answer. Informed borrowers understand the historical edge of variable mortgages, but the research that established that edge never contemplated:

If Canada is indeed entering a new longer-term rate-cutting cycle—contrary to the Bank of Canada’s expectations—then giving up 10 bps here or there to banks isn’t a reason not to go variable. If the BoC cuts twice, for example, and banks keep 10 bps each time, you’re still ahead by choosing variable (assuming you’re a new borrower and get a deep discounted rate).

But given we can’t count on banks to lower prime in 25 bps increments with the BoC, if you can save 15-20+ bps with a fixed rate upfront, the odds of success are less slanted in variable’s favour.

Moreover, with psychology being what it is, most borrowers would rather avoid risk than take it. So it’s no wonder that variables have lost their lustre. Bank’s stinginess with prime rate is only making that worse.

The value for many is in shorter fixed terms. If you can find a rate that’s far below a 5-year fixed (like the 1.99% DUCA 2-year fixed rate for high-ratio mortgages), that shifts the odds well back in your favour. So keep rooting for short-term fixed rates to drop. And if they do, consider them a good alternative to variables and sidestep this prime rate debate altogether.

Sidebar: In a few notable cases, lenders have taken it upon themselves to increase prime rate independent of Bank of Canada rate moves. The most notorious case was TD Canada Trust a few years back. In 2016, TD unilaterally hiked its prime rate 15 bps, arbitrarily raising borrowing costs for all of its existing variable-rate mortgage customers.