Why Do Mortgage Rates Vary by Province?

When it comes to getting the lowest mortgage rate, where you live matters.

Someone searching RateSpy.com from Halifax, for example, sees 2.49% as today’s lowest 5-year fixed mortgage rate. Meanwhile, someone in Vancouver with the exact same qualifications sees 2.32%.

Capital knows no borders, so why don’t lenders offer similar rates across provinces? Here are a few of the key reasons. 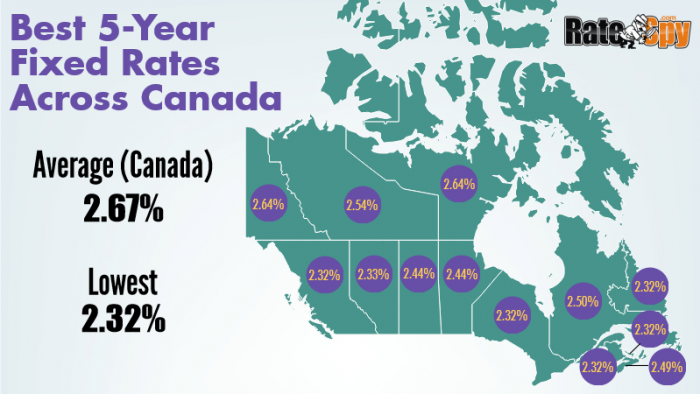 Ontario is the most competitive by a long shot, with 113 lenders publicly advertising mortgage rates (not including brokers). Compare that to Saskatchewan at 44, for example. The end result: Ontario has more companies vying for the borrower’s attention, and willing to undercut each other to get it.

This factor also extends to individual mortgage brokers, who sometimes use their own commissions to “buy down” rates for clients. Big provinces have hundreds, even thousands, more licensed brokers than smaller provinces. The Internet allows these brokers to do deals all throughout the province.

More and more, brokers in small provinces are getting licensed in big ones, in order to expand their businesses over the Internet. Not surprisingly, these brokers focus on the biggest English-speaking regions: Ontario, B.C. and Alberta. Quebec, by contrast, is harder to do business in (largely because of the language barrier and legal differences) so it gets less competition from outside of its borders.

Bigger provinces generally have bigger regional lenders. Vancouver is a good example. It has a host of heavyweight credit unions (e.g., Vancity and Coast Capital) that aggressively challenge the banks. Lenders in bigger markets have an easier time generating volume than, say, a lender in Whitehorse where volumes are a flyspeck in comparison.

Of course high population provinces like B.C. and Ontario also have higher home prices. That boosts lending volumes as well.

Thanks to provincial regulation, credit unions generally only operate within their own province. So if a credit union in Ontario launches a hot promotion (e.g., Meridian Credit Union’s recent 1.69% rate), there is no incentive for a credit union in Quebec to do the same, since they aren’t competing for the same customers. 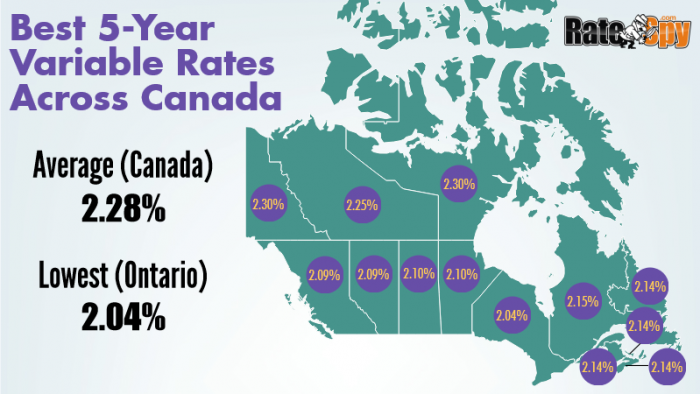 All this said, no one’s going to switch provinces just to save 0.10 to 0.20 percentage points on their mortgage. But if you do happen to live in a major province, it sure is a nice perk to have.

Lowest Rates in Newfoundland and Labrador