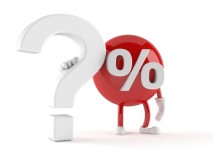 Welcome to the Spy Blog

Mortgage blogs are a dime a dozen, so we’ll keep this one on point. Spy Blog will have two missions only: 1. Deliver essential elements of information on key rate related topics; and 2. Brief the community on the latest mortgage tools from RateSpy.com. If you have ideas for a rate topic you want analyzed, email us 24/7 at info...